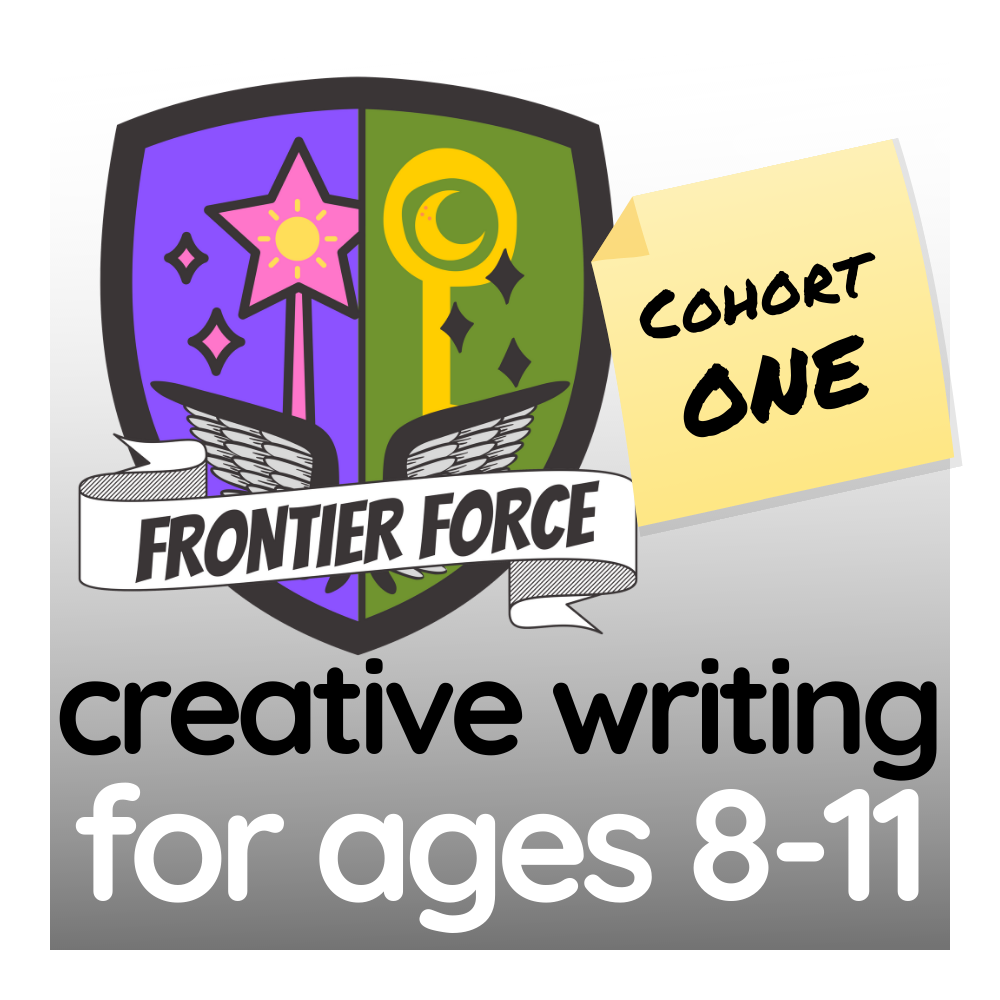 Join the Frontier Force, humankind's protectors against the enchanted and mysterious folk of the Magical Kingdom. The two worlds have always been kept apart, until an ancient doorway was reopened in Frontier Town. Can you master ancient spells, wield powerful weapons, and craft ingenious traps to protect the town from the unknown terrors that breach the doorway? All hope now rests on the members of the Frontier Force!

In the soft glow of the moon, late in the night, a gentle creak could be heard echoing in the empty halls of the Frontier Town Library. The library, a building that is as old as the town itself, was empty of visitors having closed its doors hours ago. The puzzled security guard heard the strange creak. He flicked on his torch and walked slowly towards the source of the sound, the library basement.

"Anyone there?", called out the guard as he carefully walked down the crumbling stone steps. Nothing responded, except for an eerie glow of light coming from a corner in the basement. The light was an odd purple hue, and in the light danced vague shadows that appeared to look like oddly cut paper puppets. The guard approached it gingerly and saw a half opened door being the source of the light. A door that was a metre tall and half a metre wide. A door that was not there before.

With haste, the old guard scrambled to the tower room of the library, rushing up the steps with no care for his safety. When he arrived, he lit a candle muttering a series of odd words as he did so. The candle burst into a bright green flame, pushing away shadows as the light lit the room. The guard then struck the old bell in the centre of the tower room repeatedly. The sound of the ringing bell echoed loudly throughout Frontier Town, waking the sleeping townsfolk while deep below the library the opened door trembled. For this was no ordinary bell but a beacon for help, a call for the town protectors, the legendary Frontier Force. The only protection humanity has for the terrors behind the now opened door to the magical kingdom.

Frontier Force is a creative writing programme designed for participants of around 8 – 11 years of age, with learning plans that organically evolve with participants over time. Using an adventure-driven thematic programme structure, participants will be presented with weekly challenges that will interest, provoke, and inspire creative thinking and expressive communication, while requiring criticality and collaboration.

The weekly learning experience consists of:

A typical week will start off with the Zoom session which will introduce a scenario that the team has encountered. During the session, team members will discuss and further explore the scenario through activities, games, and other live interaction. Before the Zoom session ends, a Mission will be presented with details further provided in an email.

Team members will have until the next Zoom session to complete the Mission. Missions will require a creative writing task with a focus on at least one of the following learning outcomes;

During the week, team members with the help of parents, can email the facilitator for support, but replies will be provided only the day after. This is designed to instill disciplined communications and nurture patience – to offset a culture of instant gratification.

Completed Missions will be discussed where relevant in the upcoming Zoom session, with full feedback provided in an email. There are no grades or scores given. Missions will also be shared with other team members if permission is granted. This will be asked for on a case by case basis.

If you have questions that are not answered here, please write in to danjumbuckdesigns@gmail.com.

Sessions are on Thursdays at 7:30pm. Entry into the cohort is only at the beginning of every month. A seat on Frontier Force can be purchased here subject to availability, renewable on a monthly basis at the same price. This means your initial commitment is only for one month.

The fee includes four weekly Zoom sessions, email support, and feedback on take-home activities. No sessions are held on the fifth week of the month (though this happens on average only once every three months). There will be compensation for sessions that are canceled, including those that fall on public holidays. This will be informed to parents via email ahead of time where possible or as soon as it is convenient to do so.

Participants will need to ensure they have access to a web-enabled computer (with webcam and microphone) and have a working email account in order to participate in the programme.

Registration is on a first come first served process, determined by the completion of a seat purchase on this site.

Please email danjumbuckdesigns@gmail.com to reserve an interest in future time slots. Depending on demand, new cohorts will be launched each month, with weekly sessions on different days.

Frontier Force is developed and will be facilitated by Dr. Daniel Loy, an experienced educator with a Masters in Online Education and a PhD in Free Choice Education. An earlier variation of this programme was first delivered in 2006 in a physical classroom format and was conducted successfully for 5 years.

Professionally, Dr. Daniel has helmed various leadership roles in academia, a science centre, and in government, and has designed and delivered numerous learning programmes and workshops on various topics including Creative Thinking, Design Thinking, STEM Education, Innovation, and maker activities for a wide range of audiences.

The Frontier Force experience is not designed to support the formal education syllabus directly, it is instead a supplemental learning offering designed to ‘fill in the gaps’. Though English is the primary language used, the programme centres more on creative expression using the language and less on the grammatical rules itself. Supportive forms of creative communication such as the use of visuals and props will also be included in the programme where relevant.

Parents can certainly be ‘in the room’ when Zoom sessions are on, and because of the younger age group, parents can co-attend with their child. However, if participants are familiar with the Zoom environment and can maintain focus on their own, parents are then discouraged from participating or stepping in. From experience, participants are usually more forthcoming and engaged when parents are not directly included. However, to assuage any concerns, parents can be the conduit for all email correspondents, or choose to be cc’ed in all communications if participants have their own emails.

Though efforts will be taken to steer conversations away from contentious topics, there is still the possibility that they may emerge. Given the structure of the learning experience around creative and critical thinking, past experience has shown that participants will broach or introduce potentially difficult topics at some time or another. Though this won’t be encouraged, it won’t be dismissed either with the exception of topics/themes that are harmful or damaging to self or others in which parents will be immediately informed.

Frontier Force is fully delivered in English, however, participants of all proficiency levels are welcomed with the minimum expectation being the ability to read, write, and speak at an early Primary school level. Participants will also need to be able to join in the weekly Zoom sessions and have email access throughout. Weekly missions are scalable to be appropriate to the ability of individual learners.

Save this product for later

Unique design, my hubby loves the t-shirt and wore it already 😄😄😄

I came across @danjumbuckdesign on Instagram and immediately fell in love with the products, particularly on the handmade candle and tealight holders, succulent and plant pots and tote bags with unique design. I made my first purchase and Daniel was very accommodating in attending my order. He ensured the items will be diligently handmade and he delivered them promptly which I later received in near excellent condition. Though the was some minor defect encountered with one of the tote bags, Daniel was very responsive and kind enough to provide me store credit which allured me to place my second order, and I received the order within few days after despite RMCO. If you are looking for things that will spark joy to you, I highly recommend @danjumbuckdesign.

Received the soaps and the dishes, Daniel. They are so lovely! Will order some more next time! Thanks!

Danjumbuck Designs is a design and learning consultancy that operates from a home-based maker space in Selangor, Malaysia. We offer consultancy services and expert advisory in areas of education specifically free-choice learning, maker, STEM, entrepreneurship and innovation. We also offer workshops and we manage and operate this e-store which offers ready made products, other items which are custom made to order, and learning kits for online or home use.

The Founder and Principal 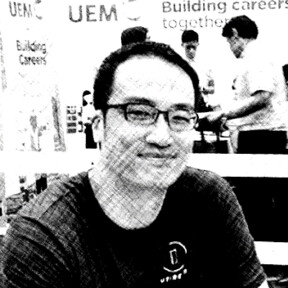 Danjumbuck Designs is founded by Dr. Daniel Loy, a STEM educator specialising in free choice learning with over 15 years of experience. He is also an established maker, and a social innovator. He has worked in a startup, a Fortune 500 corporation, and the Malaysian government but has moved on from leadership roles helmed to pursue his interest in maker education via Danjumbuck Designs, while supporting social enterprises as an Associate Director of PurpoSE Malaysia, and helping develop the Entrepreneurship & innovation Hub at Monash University Malaysia as a consultant.

For Business Queries and Custom Orders, contact us at: